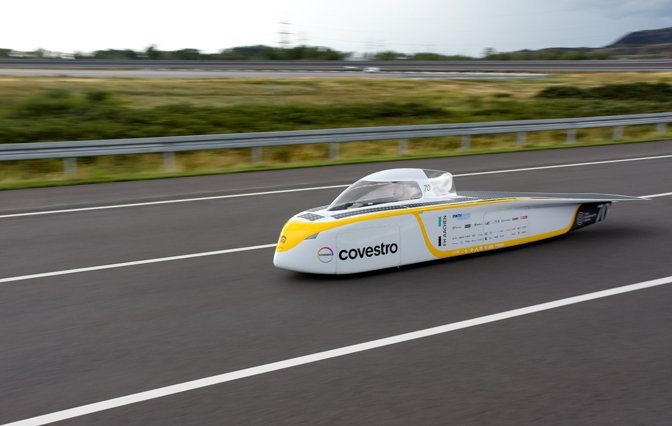 Heading to the World Solar Challenge with solar energy

The teams are gearing up for the big race

Things are hotting up: the World Solar Challenge 2019 in Australia is just around the corner. Teams from all over the world compete to drive self-built solar-powered electric vehicles approximately 3,000 km from Darwin in northern Australia to Adelaide in the south. Using only the power of the sun. The race takes place every two years: in 2019 from 13 to 20 October. A total of 50 teams from all over the world take part, among them two from Germany: Team Sonnenwagen from the RWTH Aachen and the Solarcar-Team from the University of Bochum. norelem supports both teams with standard parts.

Recent months have been quite exciting for the students of the RWTH Aachen University and the FH Aachen. After the vehicle was presented at the end of July following an incredible 1.5 years of development and production work, the solar car was allowed to complete its first few metres on asphalt. Extensive testing on test tracks followed, in order to gather the necessary experience and results. Tests conducted in the wind tunnel helped to validate simulation results and refine the race strategy. With less than 200kg and a top speed of more than 140 km/h, the “Sonnenwagen” or “Sun Car” was perfectly set up for a successful finish. At the initial participation in 2017, the team was immediately named “Best Newcomer”. It is important to build on this success.

In the meantime, vehicles, equipment and teams landed in Australia to get the cars ready for the race under real conditions. We wish both teams much success in this spectacular challenge.

Nuts and bolts on the steering system

Screws on the steering wheel

norelem.deTrainingscenterCADTHE BIG GREEN BOOK
Thanks for your donation. Please goto Paypal to finish your donation! If it not auto redirect, please click on "Goto Paypal" button.
Goto Paypal