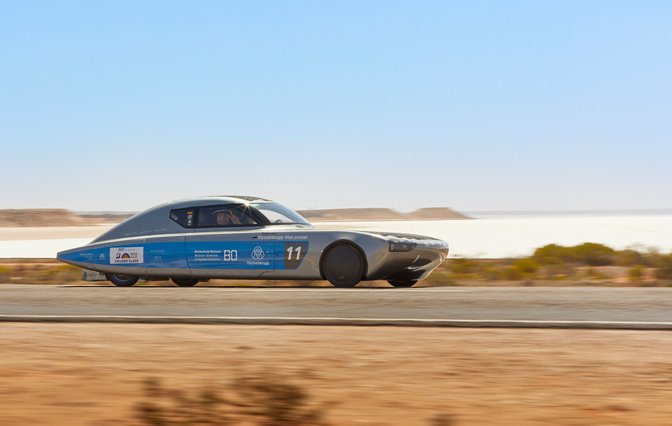 The Solar Car team from the University of Bochum and the norelem ACADEMY have already enjoyed a long-standing partnership. norelem regularly supplies the team with norm- and standard elements. Our rod ends with plain bearings are currently installed in the thyssenkrupp blue.cruiser, which has been built since 2017. This commitment is to be increased significantly over the coming years. The norelem ACADEMY is happy to lend a hand in making what is already a successful team history even more successful. A norelem spare parts warehouse is planned for the workshop, soon to be newly built.

Every two years, an almost entirely new team consisting of roughly 50 students from a wide variety of disciplines comes together and works true to the motto “learning by doing”, thereby continuing a success story that began in 1999.

The team is already something of an “old hand” in this competition and regularly revolutionises the construction of solar vehicles. With the SolarWorldGT – which was the team vehicle from 2011/2012 – they were even able to secure a place in the Guinness Book of Records. In 2012, some brave students set out to circumnavigate the world in a solar car. Almost a year later, it was completed and their place in the history books was established.
The norelem ACADEMY wishes you much continued success.

We look forward to successful collaboration in this trendsetting project.

You can follow the history of the Solar Car Team here.