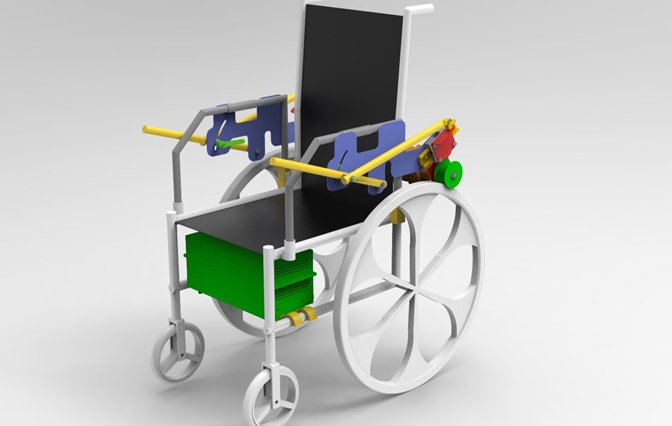 At the beginning of the year the norelem ACADEMY supported students at the HTL Rennweg (AT). The students of the educational institution HTL Rennweg worked here on an electronic wheelchair with eye-tracking software, which simplifies the handling for the users. The norelem ACADEMY supported the students with technical advice, the norelem CAD data and provided the corresponding standard parts for the implementation of the project.

The students of the HTL Rennweg developed a universal attachment for conventional wheelchairs, which allows to choose between two driving modes. The user can drive either with the help of the electric drive, or with an integrated joystick by touching it with their arm/hand. For the successful implementation of the project the students divided themselves into two teams: The information technology team developed an eye control system that registers the movements of the pupil and transmits these to the motor control of the mechatronics. The second team, the mechatronics team, produced the corresponding attachment for the wheelchairs. The attachment has an integrated motor control unit that can be used to modify any conventional wheelchair.

The project involved the installation of couplings, indexing plungers, various screws and nuts as well as washers from the full range of standard products.